“The proposed demolition of the Heygate & Aylesbury estates is the carbon crime of the decade by a local authority.”

We don’t believe that full-scale demolition and transfer to the private sector is the most sustainable option for the regeneration of the area. The planned Heygate development proposes no renewable energy provision at all. An enormous amount of energy went into building the Heygate estate, and even more energy will be required to demolish and replace it.

The carbon debt incurred by the original demolition and rebuild of the Heygate area 35 years ago, will remain in the atmosphere for a further 65 years. The huge carbon debt proposed for yet another comprehensive demolition and rebuild will remain in the atmosphere for another 100 years. This seriously compromises both the Government’s CO2 reduction targets and Bill Clinton’s praise for the scheme as ‘carbon positive sustainable growth’.

The current Heygate masterplan originally intended to be ‘zero carbon development’ with a zero increase in carbon emissions. However, what it fails to point out is that its calculations are based purely on ‘operative’ carbon emission forecasts. What it fails to include are the ‘embedded’ carbon emissions, i.e. all the carbon emissions resulting not just from the construction of the new buildings, but also those from the original construction of the Heygate estate and its demolition. What it also fails to include in its ‘zero carbon’ calculations are carbon sequestration figures, i.e. the carbon impact of removing 350 of the mature trees on the Heygate which are currently absorbing carbon and helping to reduce CO2 levels in the Elephant & Castle’s polluted air.

In 1998, Southwark Council commissioned an appraisal study of the Heygate estate, which explored different options for redevelopment and made the following recommendations:

§4.8.3.1 - General Structural Recommendations: “Structurally the buildings and walkways appear to be in a satisfactory condition.”

The survey found that all of the buildings were in structurally good condition and made recommendations to retain and refurbish most of the family maisonettes on the estate: §4.8.3.1 - “It is not only the most cost effective option, but also greatly improves the site environmentally, architecturally and socially.”

Full-scale demolition of the Heygate estate is not the most environmentally sustainable option, and this is backed by extensive research confirming that the refurbishment of buildings is less environmentally damaging than demolition and rebuild.

Recent research into energy life cycle analysis(ELCA) suggests that embodied energy may be as high as 50% of a building’s lifetime energy use.

A recent study carried out on a refurbishment scheme in Hammersmith and Fulham showed that energy consumption was reduced overall by two thirds.

It has been estimated that there are between 40,000 and 45,000 tonnes of embodied C02 in the existing buildings, much of which could have been saved by refurbishment of the family maisonettes - as recommended in the council’s options appraisal study. The surrounding tower blocks on the site could then be redeveloped under a Neighbourhood Development Order, a Community Right to Build or a Community Land Trust. This would save the forest of trees in the centre of the Heygate site, and provide much needed ‘truly’ affordable homes for local people. 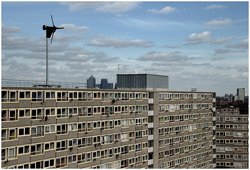 The Heygate estate benefits from a district-heating system, which is currently supplied by a central gas boiler (photos). Our plans include proposals to convert this to a biomass boiler, which is the most efficient form of energy production and has the smallest environmental impact. The current Lend Lease development plans exclude the possiblity of installing a biomass boiler due to emissions control requirements on the large number tall buildings it proposes. Our low impact development proposals would not be hampered by this restriction. Alongside the biomass boiler, the flat roofs of the maisonettes lend themselves well to accommodating solar PV panels and green roof technologies. 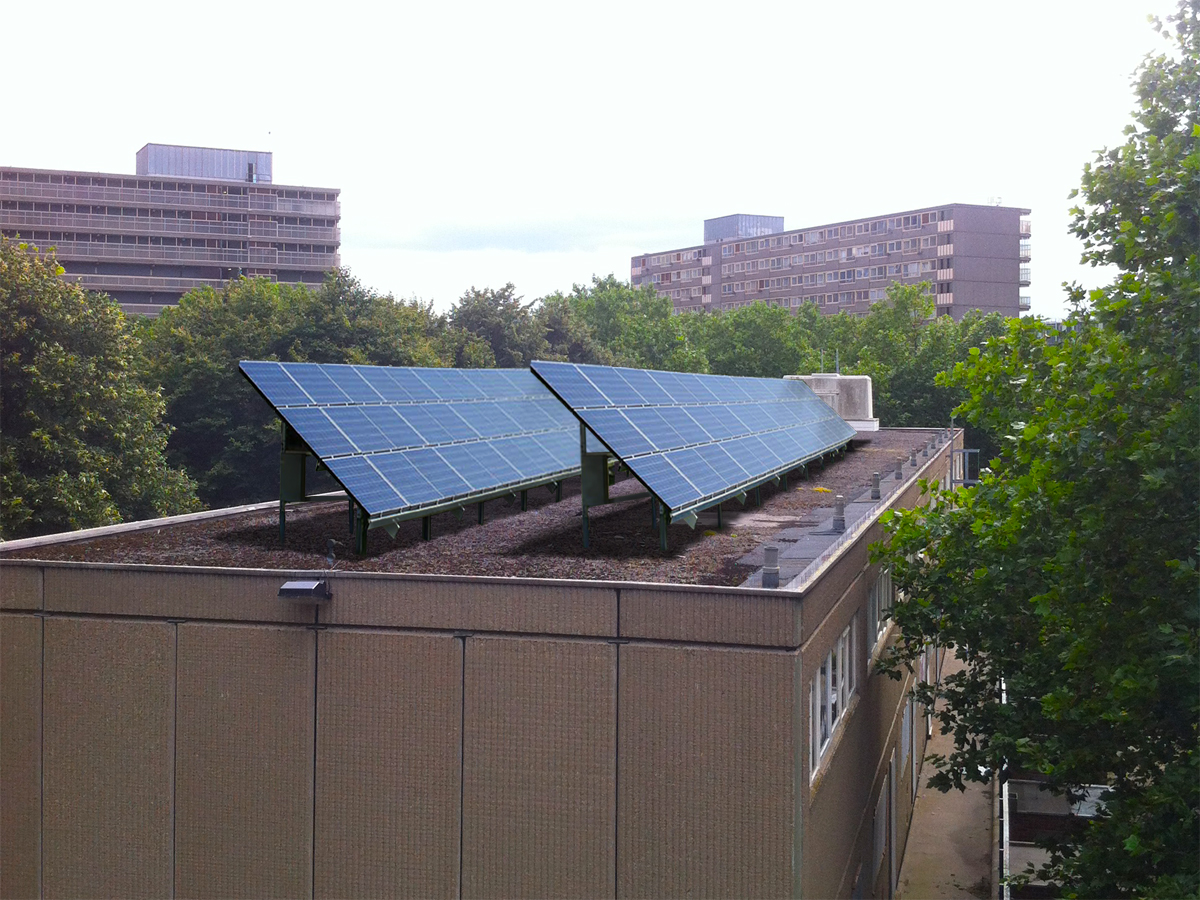 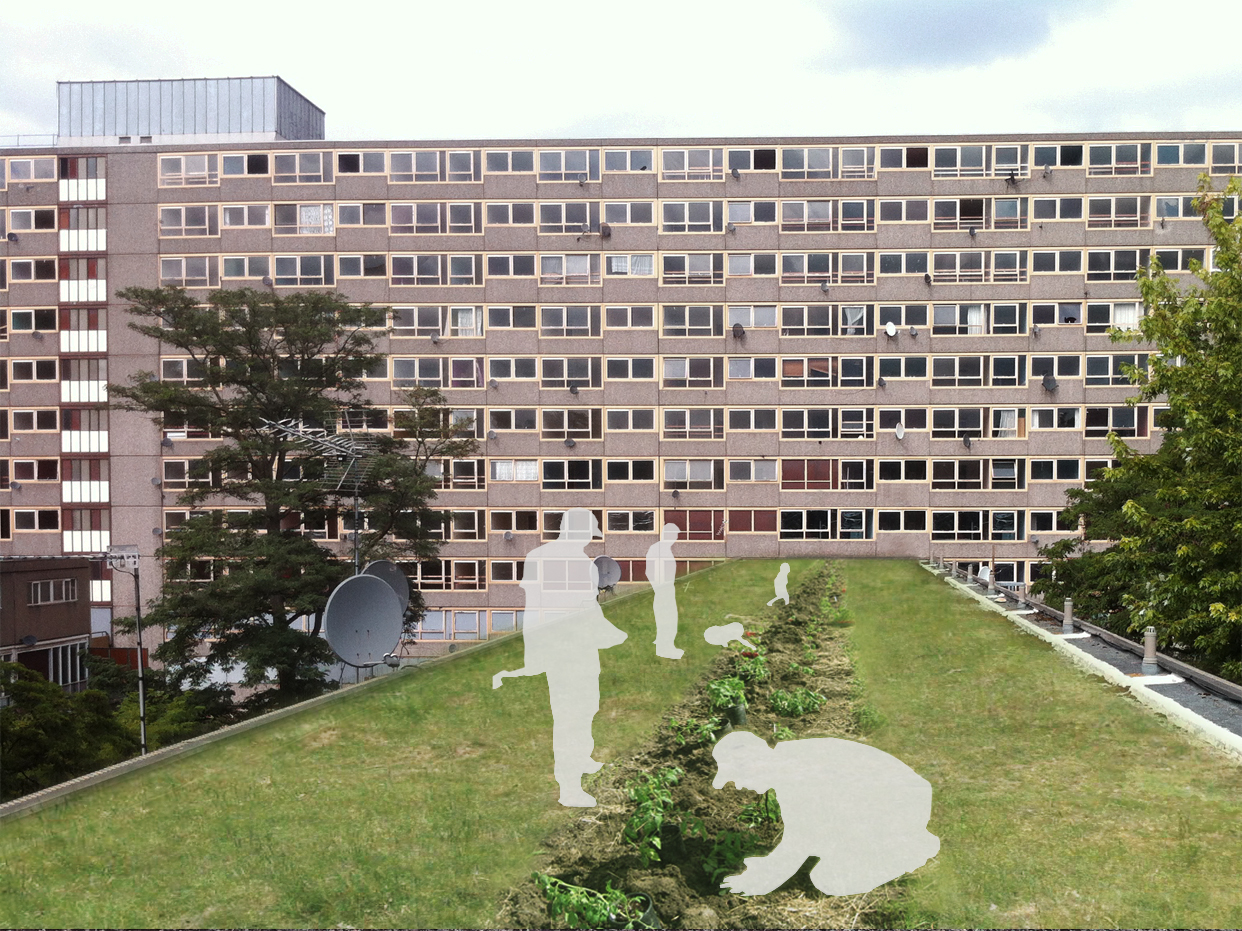 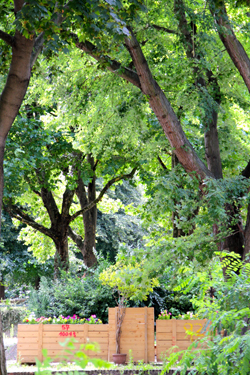 Our proposals will explore the creation of a strategic network of green links between the E&C urban forest and Victory Park - Salisbury Row Park - Nursery Row Park - Surrey Square Park and Burgess Park to the South. Green links will also be forged connecting the whole network to Bankside Urban Forest in the North of the Borough. This will create a green-link network which stretches all the way from Burgess Park to the South Bank, providing a much needed cycle and pedestrian route all the way from Peckham to the river. 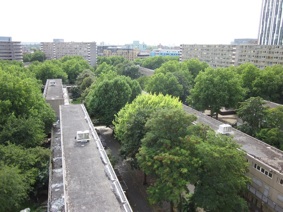 There have already been a number of imaginative alternative proposals for refurbishing parts of the estate, and altering buildings for alternative use (ie. converting garages to artist studios/workshops etc.). Similar schemes in other locations - like the Park Hill estate in Sheffield have proven to be a resounding success.